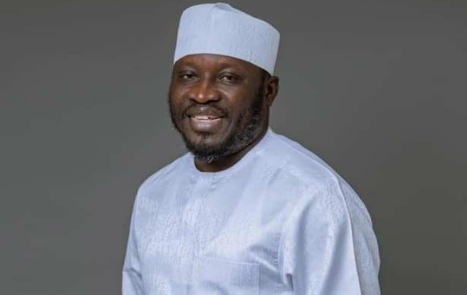 Gubernatorial Aspirants of the People’s Democratic Party (PDP), a business Expert, a renowned Philanthropist and the Chief Executive Officer (CEO) of Kefiano Autos, Chief Kefas Ropshik fondly called “Kefiana” has lend his voice for the need for right leadership in Plateau State to make a viable economy possible in the State.

In a discussion with newsmen at his residence in Jos the Plateau State, the business Mogul disclosed that the State possesses the potentials needed to achieve a sound economy that will enhance prosperity of the Citizens thereby discontinuing the aged long overdependence on the monthly subventions from the Federation Account and the pillage of debts.

He hinted that he will concentrate on industrialization, taking advantage of modern technology to tackle insecurity, ensuring that the comparative advantage of the agricultural sector in the State is not jettisoned, embark on infrastructural development and ensure that the best brains are put to use to bring about a turnaround in the governance process.

“We’ll bring onboard a collection of sound and competent Technocrats who will help in rejigging the State if given the mandate to serve” he said.

According to the business Mogul, I have a sound economic template that will see the State diversifying its economy from its present state to producing numerous Millionaires in the State especially the younger generation within the shortest possible time.

He said he will address the issue of capital flight in the State by encouraging and patronizing local contents to grow the State.

“Plateau State has the best Doctors, Engineers, Accountants, Lawyers etc, but you see that they are not being supported and empowered to achieve their full potentials”
“It is time we assemble them and harvest the best ideas in them for the development of the State”

“I will ensure competent local companies execute projects to stop capital flight”
“It is time we grow our economy, provide the enabling environment and support for businesses to thrive, this will significantly improve our internally generate revenue and attract more businesses to the State”
“It is sad that despite our immense potentials, we are still referred to as a civil service State even when the Civil Servants are less than 5% of the population of the State”.

What happens to the remaining over 90% who are not civil servants?
“We must create the environment for people to prosper and make civil service jobs unattractive” he said.

Chief Kefas Ropshik as a Philanthropist has empowered hundreds of Women, less privileged and provided decent accommodation to the Internally Displaced Persons (IDPs) and enrolled many of them to school to receive formal education.

He has always donated food items to the needy and put smiles to the faces of those in hospitals by settling their bills.
His impact to the people and the State through his humanitarian gestures is unmatched.

This is why the State will need someone like him who is ready unite the people irrespective of their ethnic, religious and political inclinations.

Sit and think if there is someone who has done better than him in terms of his philanthropic gestures and giving back to the society.

He is a well established business tycoon who is well travelled and connected.

Let us give him the chance to make the State better in line with his “Plateau First” mantra.