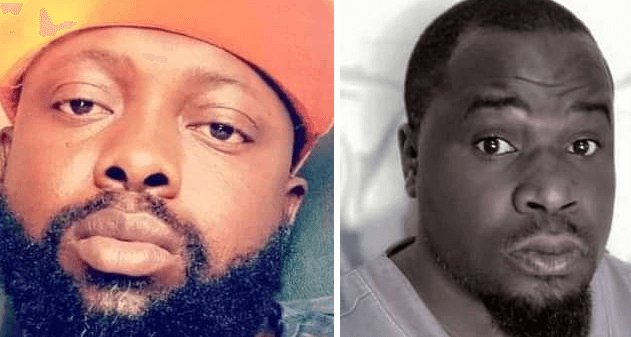 Flexy D’s EP release which took place at the 18th Street lounge brought to an end a 3years beef between two Jos base HipHop artist and On Air Personalities, BigBlunt of KTFM and Ground Zero of PRTV.

According to our source, the beef started when someone loyal to Ground Zero told him of a conversation that took place after Lah Scientist’s album lunch. Groundzero was reportedly told the conversation was about him not supporting Lah Scientist’s project and that didn’t go down well with him. He then went ahead to record a diss track titled “Red Meson” where he directed some of his lines at BigBlunt and some other persons believed to have taken part in the conversation a development that angered BigBlunt.

Even though the feud lasted for 3 years, but there was no form of exchanges verbally or in writing though BigBlunt is reported to have responded in one of the tracks he was featured on by Flexy D titled “Ma Vei”.

However, during the event at 18th Street on Sunday 11th April 2021 BigBlunt called out Groundzero dramatically where he cleared the air and also challenged Groundzero to have a conversation, the two were spotted talking at a corner, after which Groundzero discovered BigBlunt wasn’t at the event nor took part in the said conversation.

Becksblog.com.ng learnt, that the duo later reconciled and buried all bad blood amidst cheers from fans and other industry heads and are also back as friends on Facebook.

Meanwhile, there are speculations they are likely to work on a project together.