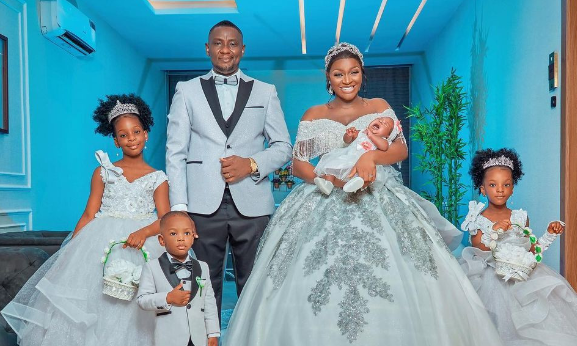 Recall that some months back, the actress shared a video online that she was done with her marriage.

However, news came up later, that the actress was suffering from a bipolar disorder.

In a loved up pictures shared by the actress via her Instagram page to mark her wedding anniversary, she wrote;

8years and 4 babies after, here we are.

God loves me too much