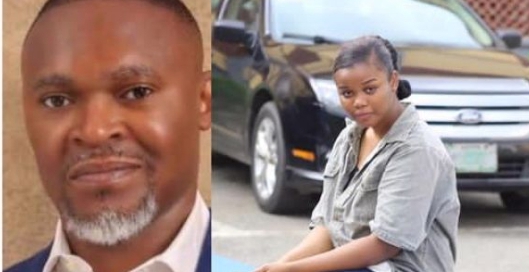 Information reaching Becksblog.com.ng, that the House of Representatives, had on Tuesday, July 13, warned the Nigerian Police against multiple media interviews of a murder suspect, Chidinma Ojukwu, who allegedly killed her lover the Chief Executive Officer of SUPER TV, Usifo Ataga.

The House during plenary cautioned the police to ensure that there is no repeat of violation of human rights such as media access to arrested persons in the future to avoid compromising the case in a court of law.

Members of the House expressed concern that since the arrest of the 21 year old suspect, she has been granting interviews to several news platforms, thereby causing the internet and news media to be agog with dissecting the matter.

The member representing Oluyole federal constituency of Oyo State, Tolulope Akande-Sadipe explained that the law of Nigeria does not allow for social media trials and matters that are sub judice (meaning before the court or not yet judicially decided) are not to be discussed by the media.

Akande-Sadipe argued that Section 36(5) of the Constitution of the Federal Republic of Nigeria, 1999 (as amended) provides that every person who is charged with a criminal offense shall be presumed to be innocent until he is proved guilty.

She said; “So long as Ms. Ojukwu has not been proven guilty by a court of competent jurisdiction, she is not to be labeled a criminal or paraded about to conduct series of interviews on a case currently under investigation. Rather, the police are to conduct a proper investigation and allow the court to consider the matter and make an informed judgment.”

She also added, that granting the suspect interviews could affect the determination and outcome of the case as well as the amount to a breach of her fundamental right to a fair hearing.