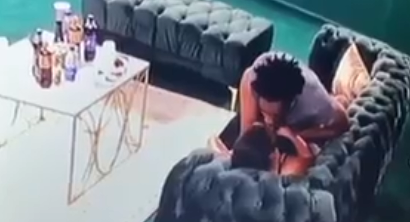 Ex BBNaija housemate, Tega, has revealed that she and Boma basically acted upon a script and affirmed that her husband would definitely understand.

The married housemate disclosed this during the chit chat after her Eviction few minutes ago.

Recall, Tega and Boma have been captured on the camera severally in a romantic moments despite her marital status.

However, when she was asked by the host, Ebuka what really happened, she noted that Boma is a good friend of hers and they basically played a script.

She went further to assert that she hopes viewers had a good time due to their romantic escapades.