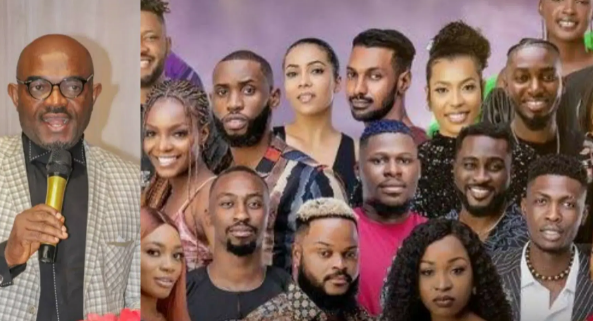 The National President of the Actors Guild of Nigeria (AGN), Emeka Rollas, has reacted to Boma and Tega’s comment who says they have interest in joining Nollywood industry.

According to the AGN president, says that the Nollywood industry is not a dumping place for evicted Big Brother Naija Housemates.

He disclosed this on Sunday night after Biggie evicted four housemates from the reality show.

“Nollywood is not a dumping ground for evictees! Case closed.”

Tega and Boma both declared their interest in Nollywood.

Tega however, responded by saying that they were both acting a script, calling themselves good actors.

According to her, their amorous relationship in the house was just to entertain viewers of the show.

In her own words;

“That’s the script we decided to play out. We are both good actors. I hope you guys enjoyed our film.”