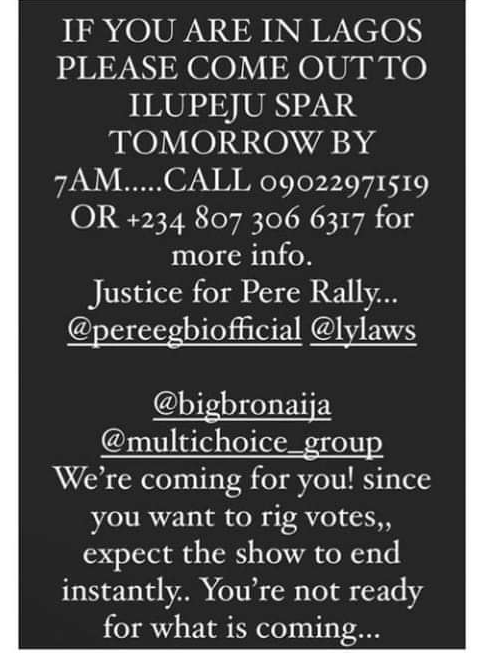 Fans of BBNaija housemate, Pere are to hit the street of Lagos tomorrow morning for a peaceful protest.

According to the post going viral online, that the fans will be going to Multichoice Office by 7am to demand Justice for the housemate.

Recall, three housemates were evicted from the show, while Pere and Angel were asked to go to a white room and play a game, adding that anyone who wins, will go back to the main BBNaija house and then the loser will leave the show.

But according to how the viewers voted, Pere has a lots of points than Angel.

However, Pere’s fans believe that the new twist introduced by Biggie is to send Pere home.