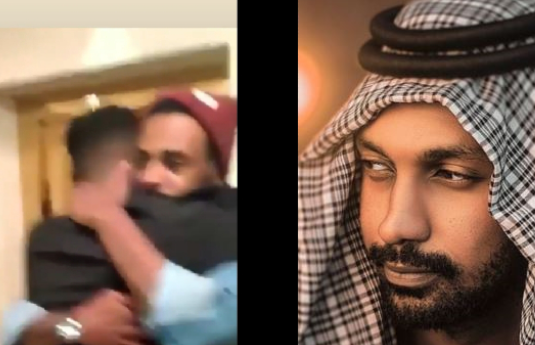 Ex BBNaija housemate, Yousef, shed tears of joy as he reunited with his brother, Adam Garba.

The video was posted via his official Instagram page; @Officialking_yousef on Tuesday, as the brothers were locked in a long embrace during their meeting.

Yousef’s brother, Adam Garba, who is also an actor, has featured in English and Hausa films, and is well known for his role in ‘Voiceless’, a movie that revisits the Chibok girls abduction.

Yousef wrote; “It feels good connecting with my brother @theadamgarba . Family is everything. I have missed home greatly.

“Yunikstars all over the world, my love for you is deep and I don’t take it for granted. Join me as we build an empire where true love dwells in.”