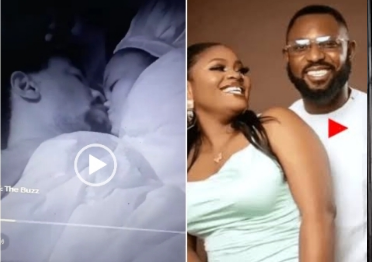 Again, another video of Married housemate, Tega, has since been going viral on social media.

The video shows where Tega and Boma are doing the unthinkable under the duvet.

Boma was previously heard telling fellow housemate, Jaypaul, that he feels safe around Tega because he’s sure that nothing will happen since she is married.

“I can look Tega in the eyes and we can just start laughing. What I’m thinking and what she’s thinking always rhymes.

Watch the videos below;