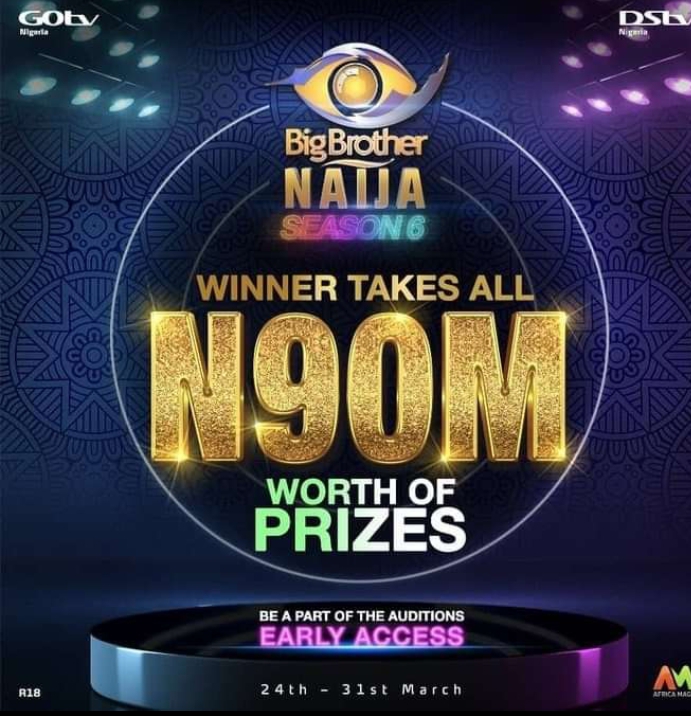 The new dimensions and additions to the sixth season of the BBNaija was disclosed by the Organizers of the show through the Head of Marketing, Martin Mabutho.

This fresh move, Mabutho said, is in the organisers’ bid to make the show bigger than the fifth edition.

Mabutho also announced that SMS voting for Housemates will not be available for the sixth edition as all voting will be conducted online as well as through the DStv and GOtv mobile applications.

Tejumola said further the show will have a new feature in the house, two new currencies as well as housemates.

The BBNaija 6 will, according to the organisers, run for 72 days – between July 24 to October 3, TheNation.

The 2020 BBNaija edition themed Lockdown edition was won by Laycon after almost 80 days in the House.