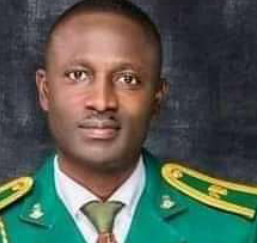 A sad information reaching Becksblog.com.ng, that
Major Stephen Datong who was kidnapped earlier today when bandits attacked the NDA camp in Kaduna, has reportedly been killed by his abductors.

According to report gathered from multiple sources, that he was reportedly found dead few hours after news went viral that the bandits are demanding for N200m ransom to set him free.

However, at the time of filing this report, no official statement from the defense headquarters concerning the development yet, but condolence messages are been sent to his family.