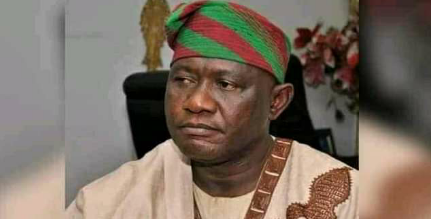 In another sad story reaching Becksblog.com.ng, that unknown gunmen suspected to be bandits has kidnapped a Paramount traditional ruler in Plateau state.

The traditional ruler who was identified as HRH. Da Gyang Balak Gut, the Da Gwom Rwei of Vwang District of Jos-south Local Government Area of Plateau State, was said to have been kidnapped on Sunday night, January 16.

According to report, that he was abducted on his way home to Vom, few meters from the Gate of the National Institute For Policy and Strategic Studies (NIPSS) Kuru, in Jos.