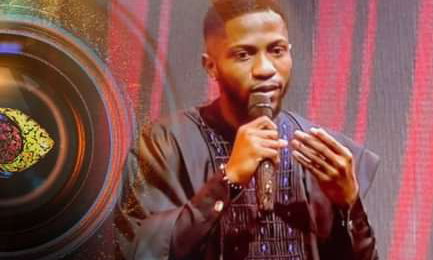 Report gathered by Becksblog.com.ng, that the BBNaija Shine Ya Eye housemate, Kayvee, has been withdrawn from the season 6 show due to health issues.

Kayvee was among the new housemates that were introduced into the house a week ago.

This was announced in a brief message through the Head of House, Pere, who read it out to all the housemates on Monday afternoon, August 16.

According to the statement, Kayvee has been advised by medical personnel to withdraw from the show due to health issues.

The announcement read, “Housemates, Big Brother trusts that you are all well and settling into the brand new week.

“As you have noticed, your fellow housemate Kayvee has been unwell for a few hours now.

“During this period, he has consulted with the medical doctor and has been advised to withdraw from the show to take care of his health.

“Based on this advice, Kayvee will no longer be part of the show for this season.

“Kayvee would like you all to know that he appreciates the time spent in the house with everyone. Your friendship, support, and love truly means a lot to him.

“Big Brother would like you to assist Kayvee with packing his bags and belongings and place them in the store room immediately.”

This announcement left the housemates very emotional as some were seen shedding tears as they helped Kayvee to pack his bags.

Kayvee has been emotionally detached from the housemates recently and that ahs caused major concern from fans and housemates.