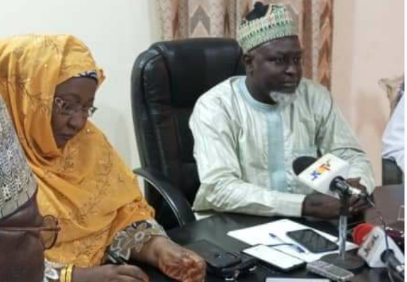 The Kebbi state government has set to sponsor about 262 students to study abroad.

The statement which was released by the Governor, Abubakar Atiku Bagudu read in parts;

The Governor has also approved a total of one million, sixty thousand and seven hundred dollars for the programme to cover for tuition fees, accommodation, feeding and modest pocket money.

This was announced by the Kebbi State Commissioner for Higher Education, Professor Mukhtar Umar Bunza in Birnin Kebbi on Thursday.

He said that in addition to that, approval has been given for an expenditure of three hundred and forty-five million naira to cater for logistics, including international and local air fares, visa processing fees, police screening, crime-free certification, drug-free certification and verification from Foreign Affairs Ministry.

Professor Mukhtar Bunza explained that all such processes must be completed before approval could be granted for foreign travel.
He made it clear that out of the two hundred students who have undergone clearance process, only four students were having inquires on their results.

The Commissioner added that fifty Six students of the total number would study medicine while others would study Para-Medicals and Engineering Sciences, which were not available in the state such as Radiography, Radiology, physiotherapy, Water Engineering and Quantity Survey.

Professor Mukhtar Bunza highlighted that arrangement have already been concluded with the embassies of India, Ukraine and Sudan under which Kebbi State Government would pay full costs of sponsorship of the travelling students direct into the accounts of the foreign universities concerned in order to ensure transparency.