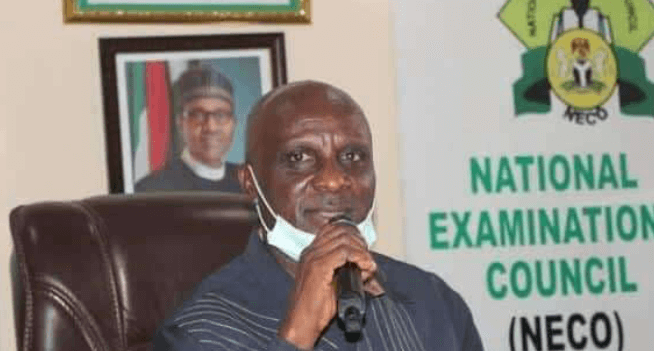 Information reaching Becksblog.com.ng, that the newly appointed
Registrar of the National Examination Council (NECO), Professor Godswill Obioma, has been assassinated by unknown gunmen in his Minna residence, Niger State capital.

According to report, that the gunmen stormed his residence on Monday night, May 31, then killed the NECO boss, and left without taking any item.

This was disclosed on Tuesday, June 1st, in a telephone interview by the deceased wife, Elizabeth Obioma and she said;
“The assassins came in and killed him and left without taking anything”.

She narrated that her husband had just returned to Minna from a trip to Abuja when the armed men, lurking in his compound, descended on him and strangled him.

The 67-year-old Obioma, who is from Abia state, was appointed as NECO Registrar about a year ago on May 14, 2020 by President Muhammadu Buhari.

May his soul rest in peace. Amen