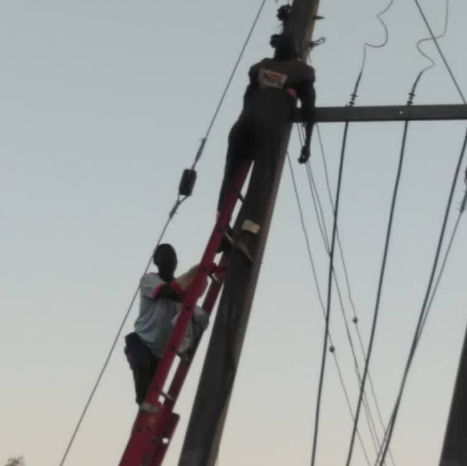 An engineer with NTA Television College Jos (TVC), Mr. Zubairu, was said to have been electrocuted in Rayfield, area of Jos South, Plateau State.

It was gathered that the victim was electrocuted while working on high tension wires inside the school premises on Tuesday evening, November 16.

According to an eyewitness, the deceased was seen fixing the cables because the light had issues for days and Mr. Zubairu who has been working with the college for many years, went up to rectify the issue, but got electrocuted.

According to more reports, that some male students who were playing football at the field, sighted him and rushed to the scene to bring him down.

However, Mr. Zubairu was said to have died on their way to the hospital.