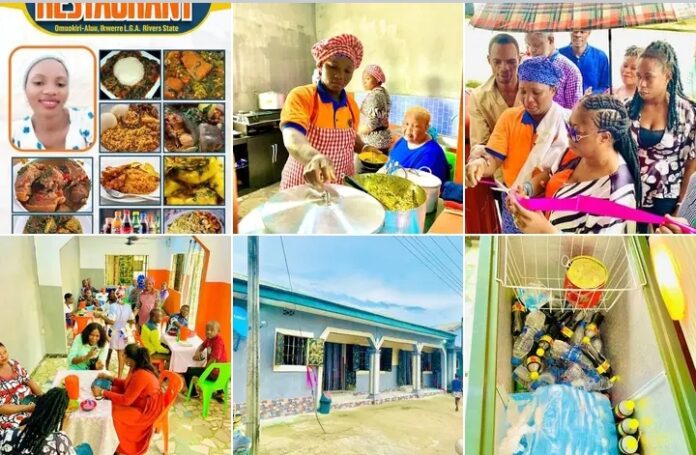 After relocating them to Port Harcourt and placing their children on scholarship, Apostle Chinyere of Omega Power Ministry, has opened a restaurant for late Deborah’s family in Port Harcourt.

This was disclosed on Monday, June 20, via its official Facebook Page.

Today, 20 June 2022, the general overseer of OPM donates a restaurant to the family of Deborah Samuel Yabuku this is after relocating them to Port Harcourt, giving them a 14 flat mini estate, a fully furnished 2-bedroom flat, a car, placing the young children on scholarship and lots more.

All these are fully sponsored through the tithes and offerings in OPM Church”.