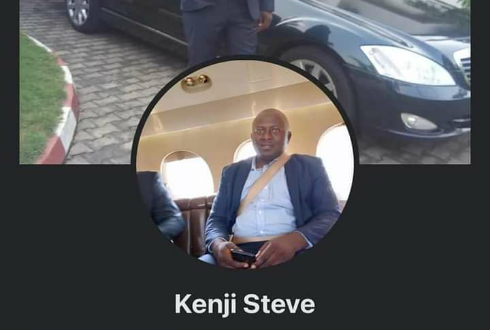 Information reaching Becksblog.com.ng, that a Plateau big boy identified as Kenji Steve, has allegedly rape over 5 Jos Ladies in Abuja after promising them job.

In a shocking story shared on Facebook by a user identified as Mohammed Sallahuddeen Junior who exposed the rapist, said Steve usually strangle and beats his victims before raping them.

According to Junior, that a lot of ladies are currently trooping in his DM sharing their sad story.

“So Kenji Steve ra.pes girls, Jos girls precisely in Abuja. He prey on girls who are travelling, corpers etc. He will come to them as an angel, mostly he has people who know these ladies will be travelling”.

“And his cohorts will give these girls his number incase they need any help”.

“Below are screenshots of a corper posted to Abuja where Kenji tried and failed.

Will post about those he successfully had his way with”.

“Spoke with him on the phone to hear all he could say and he formed deaf and du.mb”.

“Now all the ladies who encountered him, were strangled and be.aten at some point”.

“Luckily they came out alive, and most of the said ” He is occultic ” in nature”.

“So the strangling thingy, how many could have survived? Just a subtle reminder”