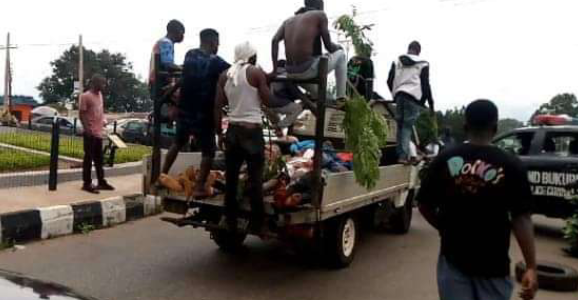 Becksblog.com.ng had earlier reported how suspected Fulani Herdsmen killed over 35 people in another fresh attack in Yalwan Zangam community in Jos.

The attackers who came in around 8pm on Tuesday night, killed dozens of people and burn several houses.

This however, got the Plateau youths angry which makes them to stormed the House of Assembly with the dead bodies full of truck.