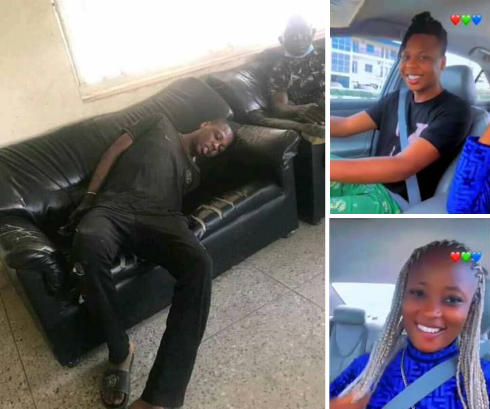 Information reaching Becksblog.com.ng, that the suspected murderer of a university of Jos female student, Jennifer Anthony has been arrested by the Nigerian police in Benue state.

Recall, Moses Oko went into hiding some days back when his girlfriend, Jenifer Anthony, was found dead in a hotel in Jos with her eyes removed.

However, after the incident, Moses was nowhere to be found.

According to report, that Moses was arrested recently in a hospital in Benue state where he was taken in there as a mad person.

At the time of filing this report, no official statement from the Nigerian police force yet.

Stay with us for more updates soon.