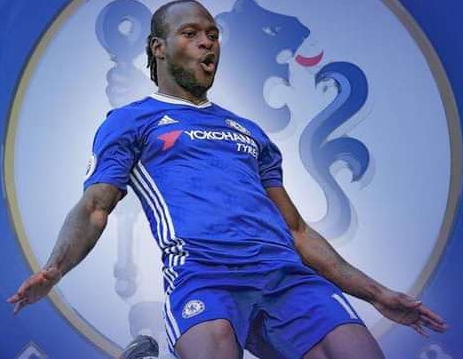 According to Guardian, that Moses made 20 appearances for Spartak during a loan spell last season and has now agreed on a permanent switch.

“Victor Moses has today completed a permanent transfer to Spartak Moscow. The move brings to an end the wideman’s nine-year Chelsea career,” a statement on Chelsea’s website said.

The 30-year-old spent nine years at Chelsea, but struggled to get into the team in recent seasons.

After joining Chelsea in 2012 from Wigan, Moses finished with 128 appearances for the Blues.

He scored 18 goals and won the Premier League, the FA Cup and the Europa League.

As well as Spartak, Moses had loan spells at Liverpool, Stoke, West Ham, Fenerbahce and Inter Milan during his time with Chelsea.

Moses, scorer of 12 goals in 37 appearances for Nigeria, played at the 2014 and 2018 World Cups and helped the Super Eagles win the African Nations Cup in 2013.