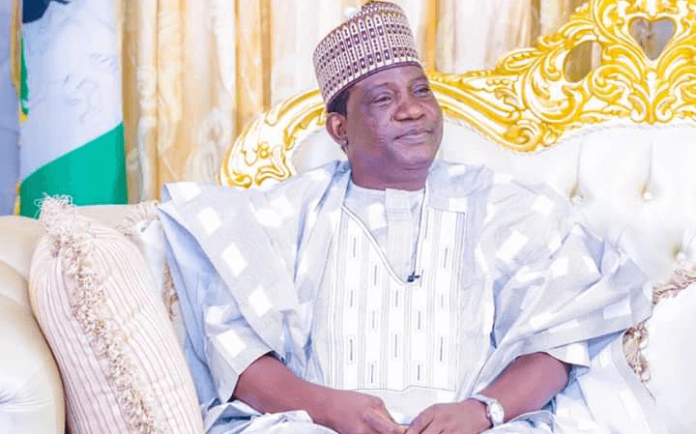 Plateau State Governor and also the Chairman of the Northern Governors’ Forum, Simon Bako Lalong, on Tuesday, February 23, said Fulani herdsmen alone should not be singled out for blame for carrying AK-47, adding that farmers are also guilty of the same offence.

Governor Lalong disclosed this while speaking on Channels Television programme ‘Sunrise Daily’, said an investigation by the Nigerian Governors’ Forum also showed that farmers also carry AK-47 and other firearms for protection.

He however said, during the crisis which occurred between farmers and herders in Plateau state, both herdsmen and farmers were arrested with AK-47.

He said, “I am not justifying anybody carrying AK-47 but don’t forget in the cause of our deliberations and investigations, it was not only Fulanis that were carrying AK-47, but even farmers are also carrying AK-47.

“Farmers are also carrying AK-47 because when you talk about them, it is just a proliferation of arms with respect to guiding and everybody trying to protect himself. We shouldn’t allow people to have self-help. When they talk about AK-47, I have not seen anybody talk about that.

“But at the time there were farmers-herdsmen clashes here, we arrested people. Farmers were holding AK-47 and the herdsmen were also holding AK-47.

“So, if you want all of them not to hold AK-47, you must put deliberate efforts towards curtailing the influx of light arms and secondly, to also find ways of taking these people away from their old ways of farming and then introduce them into the modern system.

On the decision by some governors to ban open grazing, the governor said it will be difficult to implement if alternatives are not provided.

“First of all, you must provide an alternative. You don’t wake up today and say ‘No, you can’t do poultry’. If you say you are not going to do poultry, those into it will ask ‘what alternative are you giving us? This has always been my point.

“Open grazing is out of fashion but what do we do as an alternative? We must be able to teach people the modern way of animal husbandry and also sensitive to them before they understand. Otherwise, if you just wake up tomorrow and say you ban it, it will be difficult. To be honest with you, it will be difficult to implement because not everybody will understand,” Lalong said.