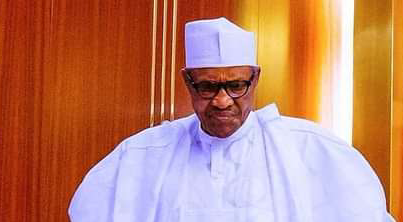 The President of Nigeria, Muhammadu Buhari, has swore that he will not campaign for another tenure, adding that he is leaving the office when his tenure ends on May 29, 2023.

Buhari disclosed this at a meeting in Makkah with a selected group of Nigerians resident in the Kingdom of Saudi Arabia where he just ended a visit.

The President revealed this in a statement titled, “President Buhari Says I Will Leave On 29 May 2023, Warns Tenure Extension Campaigners To Desist,” signed by the Senior Special Assistant to the President on Media and Publicity, Garba Shehu on Friday

“I swore by the Holy Qur’an that I will serve in accordance with the constitution and leave when my time is up. No “Tazarce’’ (tenure extension).

“I don’t want anybody to start talking about and campaigning for unconstitutional extension. I will not accept that.”
The presidential aide said Buhari also promised to provide support to increase the role of technology in the nation’s elections, arguing that the introduction of the card reader and electronic register was God’s answer to his prayers, having been cheated of his victory in three previous elections.

Buhari was quoted as saying:

“After the third so-called defeat, I said, ‘God Dey’. My opponents laughed at me but God answered my prayers by bringing in technology. At that point, nobody can steal their votes or buy them.”
Shehu said the president gave assurances at the meeting that in the balance of “eighteen months or so of my time left, whatever I can do to improve the life of Nigerians, I will do it for the country.”