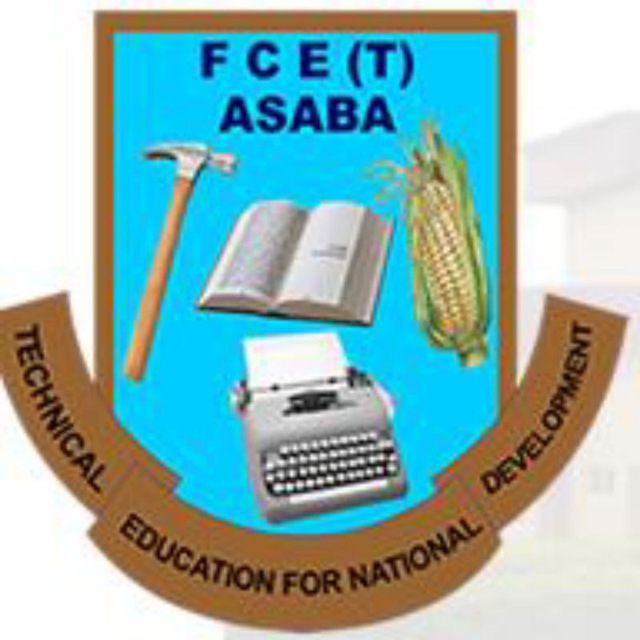 Contrary to reports making the rounds in some local tabloids alleging cases of “falsification of Documents” and “forgery scandal” in Federal College of Education (Technical), Asaba, our investigations have established that there is no singular case of falsification of documents nor forgery scandal in the College. We have also established that the College is not under any form of probe or investigation by the supervisory body, the National Commission for Colleges of Education (NCCE).

Asked whether NCCE summoned the Provost and Registrar as mischievously published, An NCCE senior management staff who pleaded anonymity described the reports as baseless, false, a figment of the imagination of the publishers. “It seems to me that there is an interest the rumor peddlers are pursuing. We in NCCE have not had any cause to summon or invite the Provost of FCE(T) Asaba or Registrar over forgery or falsification of documents, neither is there any petition in this regard before the Commission. I advise newsmen and bloggers to go the extra mile in investigative journalism, verify stories and give out fact to the public.”

Our correspondents visited the College for first hand information. Sources within the College informed us that the only case alleging wrong cadre placement in 1997 (some 25 years ago) brought against Dr O. E. Okonta has been disposed of by a Panel of Investigation who found no merit in the petition. Following Panel’s recommendation, the Governing Council has laid the matter to rest with a caution to the purveyors of malicious petitions against an illustrious staff of the College to desist from such and turn a new leaf.

A staff who is privy to the matter was visibly angry when asked to comment on the matter: “Zion Nationale has a penchant for blackmail, character assassination and junk journalism. I make bold to say that this news blog parading itself as Zion Nationale (ZN) is only a tool or platform for blackmail. Ask them how much they are being paid to blackmail the Provost of this College.

They have no integrity whatsoever, but simply work for the highest bidder. If you doubt what am saying, give them some money and something to publish no matter how junk, how rubbish, ZN will publish it within a split second. They have no regard for the integrity and sanctity of the media profession. ZN is satanic, a disgrace to journalism and free speech. Imagine how they alleged that Provost and Registrar were summoned by NCCE over forgery cases when there is nothing like that. And they forgot that any reasonable person can easily do a check with NCCE! They have no integrity whatsoever.

I advise well meaning members of the public to take ZN publications with a pinch of salt or better still discountenance outrightly!”

In a related development some staff of the College who interacted with our reporters extolled the virtues of the Provost Dr (Mrs) Anene-Okeakwa and her Management Team. “Don’t mind those persons paid to tarnish the good image of our amiable NO NONSENSE PROVOST. They started with Sahara Reporters now they are using the contraption called Zion Nationale. Some of us read their satanic publication and laughed it off because no nexus whatsoever with what is on ground. We are happy with journalists like you who would take the pains to come down here and find out the truth for yourselves. You are the hope of the media in this country. God will bless you real good…

“Take the case of School gate for instance. See how devilish ZN could be. The current Provost came into office when the Gate was dilapidated, partly collapsed and a complete eye-saw. To the glory of God she was able to attract TETFUND contract for an ULTRA MODERN COLLEGE GATE which competes favorably with the best in the Country. The Gate is near completion perhaps about 80% completed. The gate is out there, go and see for yourselves. Also look around the College and see state-of-the-art infrastructural development. All these to the credit of the Provost. So why are they fighting her? Simple, they want carry on business as usual, they love to wallow in indiscipline and corrupt practices and this Provost wouldn’t tolerate their shenanigans…

The Provost has ZERO TOLERANCE for indiscipline, corrupt practices and misconduct. So far, she has not shielded anybody but followed best practices and due process in all matters brought before Management.”

Most of the staff who spoke with our reporters expressed disgust at the level of propaganda and disinformation being churned out to the public by a handful of disgruntled persons using the platform of some local tabloids and blogs. A high ranking Chief Lecturer who pleaded anonymity for security reasons lamented the ugly trend. “I am worried about the volume of propaganda. Why would some media jobbers emerge from nowhere and started dragging the names of our Provost and throwing her pictures here and there in the most obnoxious manner. And the so called Zion Nationale should better thread with caution.

If ZN needs any information from the College, Management has been open and transparent enough. Nothing is kept away from staff. Regular Town Hall Meetings are held to keep staff abreast of issues are they are. ZN can easily approach Management. Provost’s office remains open and accessible. Same with Registrar’s office. There is freedom of and free access to information. The resort to propaganda and character assassination is most ungodly, highly unethical/unprofessional and a great disservice to Society.”

Speaking in the same vein a Deputy Registrar in the College warned that she might lend her voice to those advising College Management to seek redress in court if the agents of smear campaign and character assassination persist in their evil schemes. “Enough is enough. We can’t condone this wickedness anymore. Why throwing Provost’s beautiful pictures all over internet for no just cause. Is it malice? Or jealousy? Or sheer mischief? Zion or whatever they call themselves should leave the College alone. There is peace. As you can see the atmosphere is convivial. If you enter a volatile environment won’t you know? If this College is on fire as alleged won’t you feel the heat, the smoke, the flame…?

Though it’s not El Dorado but we know Management is doing it’s best to address situations within available resources. By the way is it El Dorado anywhere else? Why is ASUU, SSANU, NASU on strike? So my brothers, please tell Zion Nationale that it’s never El Dorado, never Uhuru anywhere else. But our Provost is doing her best and God is with her administration.”