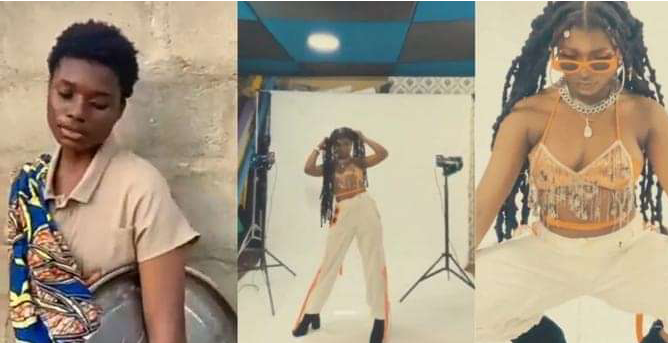 A video of Salle in the studio during her photoshoot ahead of the release of her first song, has been seen on the internet.

According to her, she is having a good news for her supporters.

She revealed this via her officially Instagram handle and wrote;

Watch the photoshoot below;