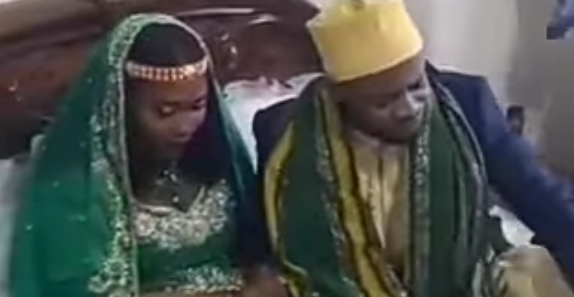 A shy groom had to be assisted by his family members and in-laws in meeting his heartthrob, the bride.

In a video making round, the parents of the groom was seen escorting him to join his wife on their matrimonial bed.

The shy groom first gave her a handshake and burst into soft sobs after joining the lady on the large bed.

Everyone knows that matters of the bedroom is usually a private business between couples, but this newlywed bridegroom had to be escorted by his parents to his own matrimonial bed.

The groom was also joined by his in-laws who came with smartphones in numbers to capture the occasion.