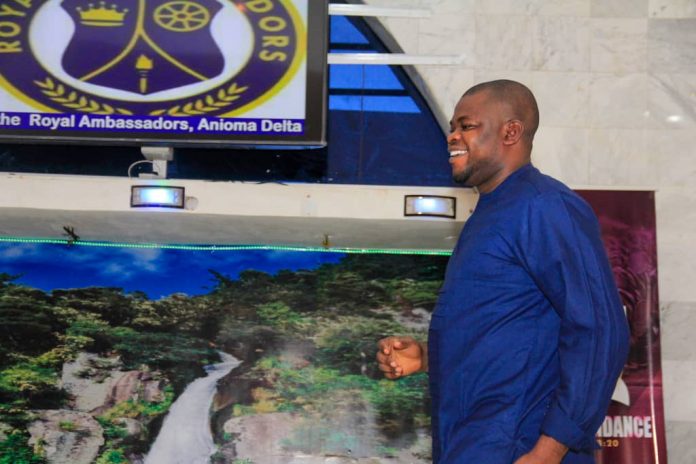 Amb. Ugagaoghene Ogheneyole, Special Assistant to the Director General of the Delta State Orientation Bureau, Eugene Azuka Uzum Esq, has been appointed the Chairman of the Anti-Social Vices Club of the Royal Ambassadors of Nigeria, Anioma Congress, which consisted of the nine local government areas of the Delta North Senatorial District of the state.

The event took place during a three-day conference of the group at the Divine Way Baptist Church, along the Okpanam Road in Asaba, the state capital.

Amb.Ugagaoghene Ogheneyole as the Chairman was expected to fashion out ways at curtailing social vices among youths through advocacies and sensitisation exercises in the district.

Accepting the appointment, Amb Ogheneyole assured the group that he would deploy all his experience in driving the campaigns against social vices within his area of jurisdiction to appreciable level.