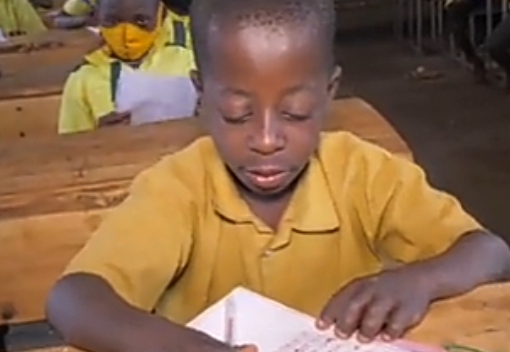 A diminutive young man who often finds himself being depressed due to mockery, has shared the strange story of how he has been in one class for more than a decade.

According to Joseph, he has spent 15 years in primary one, but he is undeterred in his academic pursuit.

However, Becksblog.com.ng gathered, that Mr Joseph is 21 years old and all his primary school mates have graduated, while some are already practising their profession.

In the story shared by Afrimax, the young student has been unable to scale through primary one for 15 years due to his inability to remember what he has been taught in class.

He said he has been facing constant bullying from his classmates and teachers who refer to him as an “old man”.

On several occasions he has been discouraged to leave school and do something else, but he has refused to give up on his dream of becoming a “scholar”.

Joseph is also confident that one day, he will emerge as the president of his country.

Just In: I Am The M0st Prepared Presidential Aspirant In Nigeria – Osinbajo Reveals