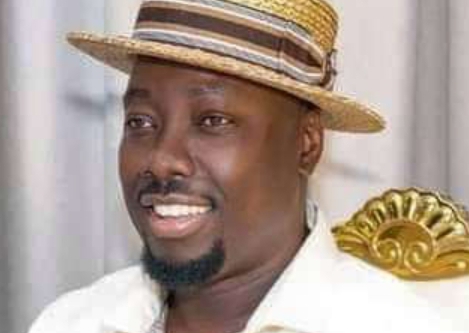 Billionaire business man, Obi Cubana, says he does not have “soap” to cut for anyone.

Cubana, who made this known in an interview with BBC News Pidgin on Tuesday, July 20, advised youths to work hard and earn a better life.

“Soap” is a lingo used in Nigerian social circles to affirm the ritualistic tendencies among youths. “cut soap for me” simply means: “show me the way to get rich” or “take me to a ritualist”.

Becksblog.com.ng had earlier reported how the business tycoon organized a number one talk of the Town burial for his late mother.

Many youths have since flocked to social media to hail the nightclub boss asking him to “cut soap” for them.

Speaking during the interview, 46-year-old Cubana condemned money-making ritual and urged youths to work hard to make their money legitimately.

He also stressed his belief in the power of prayer, God, hard work and investment in quality circle of friends.

“We didn’t plan for one-fifth of the crowd at the funeral,” he said. “But see what happened at the burial. People have been saying that Obi Cubana has money, which money? They need to know people who have money in Anambra and in Nigeria. It is not about money but goodwill. What happened that day, money can’t buy it. See the mammoth crowd, yet nobody was raped, no car was stolen and no one was attacked. It can only be God.”

The PUNCH report, that Cubana said he believes in fasting and prayer for spiritual fortification and not rituals. “I do pray before I leave the house. I pray because if you don’t pray your body will be naked and prone to different attacks,” he said.