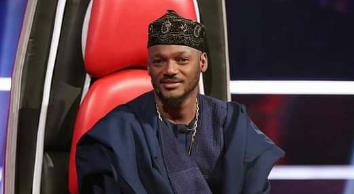 The award-winning Nigerian singer, Innocent Idibia, better known as 2Baba, says he has “resigned” from getting ladies pregnant.

According to TheCable, that he disclosed this while performing some of his hit songs during the Idoma Carnival in Benue state.

In a now-viral video of the event, the 46-year-old, who was performing ‘True Love,’ had repeatedly asked his audience “where is my true love? Is it here or there?”

But the response from the audience was not as loud as expected. This prompted the musician to ask if they were scared to talk to him.

“I see say some babe dey fear to shout for that side. Abeg, make una no fear to shout, I no dey give belle like that again, I don stop,” he said in Pidgin.

“Ask anybody, they will tell you I am innocent Idibia. I no dey do that kind thing again. No be small thing, I don resign for that kind matter.”

2Baba is married to Annie, the Nollywood actress. The union has so far been blessed with two children.

His previous relationship with Sumbo Ajala-Adeoye also produced two children while he has three kids with Pero Adeniyi, his baby mama.

The musician was earlier in the news over a heated marital crisis which started after Annie accused him of visiting Pero and spending the nights with her.