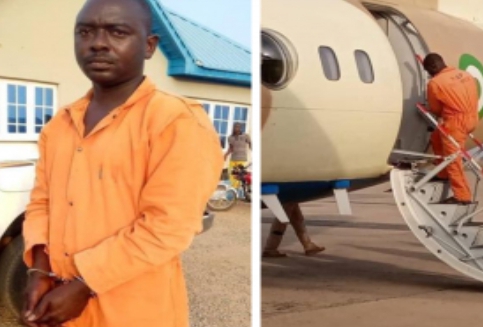 Information reaching Becksblog.com.ng, that an Air Force personnel, identified as Sergeant Torsabo Solomon, has been arrested in connection with the attack which occurred few months ago on the Nigerian Defence Academy, Kaduna State.

The gunmen who came in a vehicle were said to have passed through the security gate into the academy, disguised in military uniforms, after which they proceeded to the officers’ quarters.

However, Sergeant Solomon of 153 BSG, who is attached with the Airforce Comprehensive School Yola, was arrested on the order of the Base Commander as requested by the NDA Commander “for an offence connecting with arms and ammunition with a recent bandit attacked on the military academy.”

A source, who confirmed the development to Channels Television, said that the suspect has been moved to Kaduna for further interrogation.