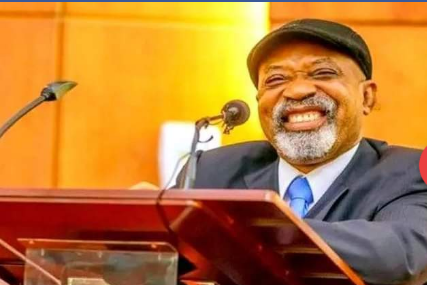 Chris Ngige, the Minister of Labour and Employment, has reportedly announced his immediate withdrawal from the 2023 presidential race.

This comes barely few days later after President Buhari ordered all the minister who are interested in running for elective positions in the 2023 general elections, to tender their resignation on or before May 16.

Ngige who announced his withdrawal on Friday, May 13, said he took the “momentous decision” in the interest of the nation and to enable him to concentrate on his job.

“Today, 13th May 2022, I had an audience with the president, Muhammadu Buhari, as a follow up to the one I earlier had with him on 11th May 2022. Having also consulted widely with my family, constituents, supporters and well-wishers, it is my pleasure to announce the withdrawal of my interest and earlier decision to contest the office of the president in the 2023 general election.

As a result of this, I will NOT be participating in any of the internal party processes of the said election, starting with the primary.”he said

Ngige said he chose to pull out of the race to assist the president and the federal government to “weather the difficult last lap” of the administration.