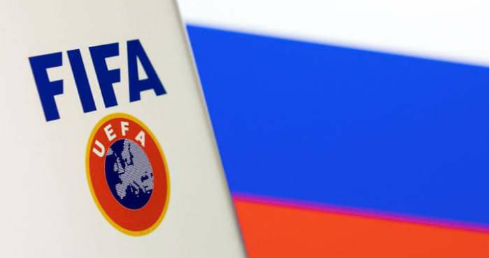 In a recent report gathered by Becksblog.com.ng, that Russia is no longer eligible to compete in the 2022 World Cup as it was officially kicked out by FIFA.

The IOC (International Olympic Committee) officially called for sporting competitions to remove all Russian athletes due to the invasion of Ukraine.

Though Russia’s men’s national team was scheduled to play in Poland for Qatar 2022, Poland has already planned to boycott the conflict.

In addition to Qatar 2022, Russia will not compete in the women’s Euro 2022 this summer as FIFA and UEFA have suspended Russia from all competitions until further notice.

Dailymail reports, “UEFA have also canceled their sponsorship deal with Russian energy company Gazprom. The sponsorship deal has been in place since 2012 and has been reported to be worth around 40 million euros per season.”

The decision comes after UEFA and FIFA discussed Russia’s invasion of Ukraine last week. The Executive Board meeting concluded to rid the athletes in the competition. Dailymail also reports that the committee has withdrawn Vladimir Putin’s Olympic order ‘considering the extremely grave violation of the Olympic Truce and other violations of the Olympic Charter by the Russian government in the past.’

FIFA received backlash after not immediately taking action. The initial response to the invasion of Ukraine was to allow Russia to compete under the name ‘Football Union of Russia’ and find a neutral country to host its matches. Now, FIFA is changing the decision.