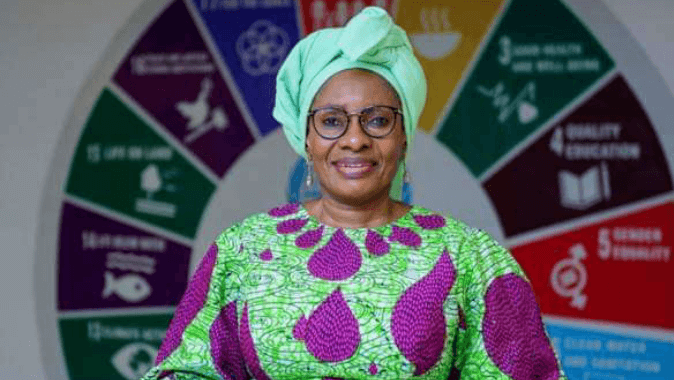 Report reaching Becksblog.com.ng, that Unknown gunmen have kidnapped a niece to the Minister of Women Affairs, Pauline Tallen.

The incident was said to have occurred at the victim’s resident at Rantiya Locost, Dapit Karen, in Jos South Local Government Area of Plateau State.

The ugly incident was also confirmed by the victim’s relative, who said that the gunmen came around 5am when people were still sleeping.

He however, said that the kidnappers didn’t go with the victim’s mother who was staying with her.

The family member further disclosed that the kidnappers had called the family and demanded for N5m as ransom.

Meanwhile, at the time of filling this report, the spokesman of the state Police Command, Ubah Gabriel, said the police are not yet aware of the incident but would find out and get more details.

Stay with us for more updates soon.