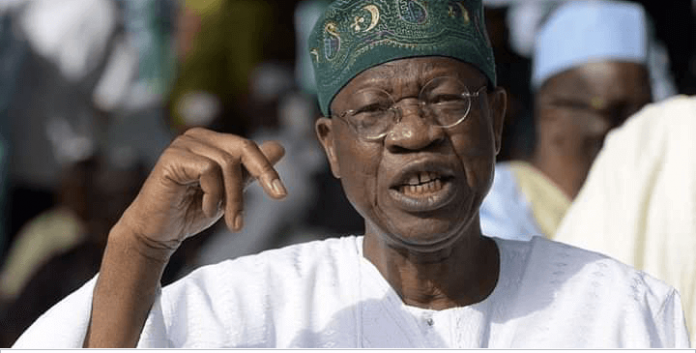 The Minister of Information and Culture, Lai Mohammed, on Monday, February 22, said kidnapping and abduction of Schoolchildren are not peculiar to Nigeria alone, adding that other developed countries like the United States also experience student kidnapping.

The minister disclosed this while speaking on Channel Television’s News Night on the rising insecurity in Nigeria.

He however, noted that the kidnapping of school children attracts more global attention and that is why kidnappers engage in them.

He further stated, that government would not pay any ransom to secure the release of the abducted students and members of staff of Government Science College in Kagara, Niger State.

“The thing about terrorism is that the terrorists don’t live by your own rules and they are especially interested in soft targets. They know that what is going to get global attention is kidnapping school children.

“We must be careful; we can’t turn all our schools into barracks. What is important is intelligence gathering, surveillance rather than the physical presence of the soldiers or policemen.