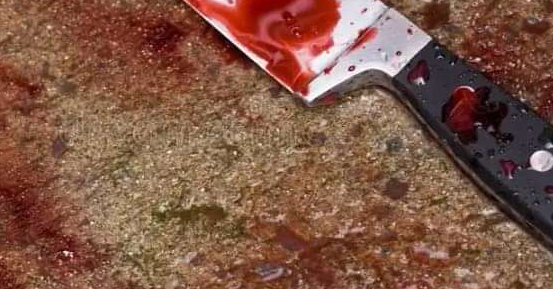 A pastor of the Redeemed Christian Church of God (RCCG), identified as Thompson Onyekuru, met his untimely death at the weekend while trying to separate a woman from the fierce grip of her husband.

According to DailyTrust, that the couple, living in Umuokoto town in Umudibia Autonomous Community in Owerri West Local Government Area of Imo State, was engaged in bitter arguments, which resulted in the man using a knife to stab his wife.

The man, identified as Obum, who hailed from Obowo in Imo State, was suspected to be mentally unstable.

He had locked his wife and her baby in their room where he stabbed her severely.

According to an eyewitness, the incident started around 4 pm when Obum’s wife, Ogechi, and her one-year-old son were heard screaming for help.

However, Onyekuru and others had waded in to prevent Obum from killing his wife.

“As the crowd intensified effort to rescue the woman, Obum with a knife, threatened to kill anyone who tried to stop his action,” one of the eyewitnesses said.

After successfully rescuing the woman from her husband’s grip, it was also gathered that Obum became enraged and started chasing everybody with the blood-stained knife.

But as Onyekuru made to go, Obum used the knife to stab him at the back.

A passing police patrol team was called to the scene, but he attacked the policemen who were attempting to arrest him.

The police then shot him in the leg in order to subdue him.

Both couple and Onyekuru were subsequently taken to the hospital where the three of them died.

While the pastor died immediately after reaching the hospital, Obum and his wife died later.

He said Obum and the pastor were taken to the hospital where they later died.

The Police Public Relations Officer in the state command, CSP Mike Abatam, was not available for comments.