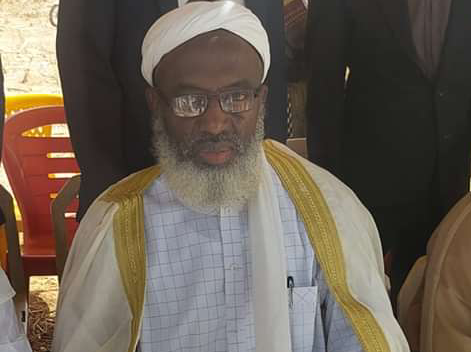 A prominent Islamic scholar, Sheik Ahmad Gumi, has accused the military of profiting from terrorism.

He disclosed this in an interview with ARISE TV, he said some top military officials want insecurity to continue because of the huge funds allocated for tackling it.

He also spoke on his recent trips to the forest to engage bandits on the need to embrace peace.

“The military is not encouraging matters at all because they are the beneficiaries of this insecurity.”

“The bandits are ready to drop their arms and return back to the fold if the federal government will accede to their simple demands such as building schools, hospitals and providing water.

“They (the bandits) are complaining mostly against the military killing innocent people. They resorted to buying arms. How did they get the arms? They resorted to kidnapping people which is an end result of these military actions.

“Look, they are ready to drop these arms and return back to the fold of the Nigerians just for simple things; schools, hospitals, water.

“And there is an allegation: the military don’t want this conflict to end because of the billions of Naira they claim for fighting insurgency. So the military is not cooperating.

“I praise the police and the Inspector-general of Police. I give him credit for assisting us to go and meet these people, but the military is not forthcoming, they are not cooperating, I don’t know why.”

Asked to react to the allegation, Brig Gen Mohammed Yerima, Spokesman of the Nigerian Army, said Gumi is entitled to his opinion.

“If a learned man, a respected Islamic scholar can say that, then it’s unfortunate. He is entitled to his opinion but all I can say is that we are sacrificing our lives to protect this nation. We are giving our best to the country.

“Does the Sheik have evidence to back up his claim? Can he prove it? This is unfortunate but that is his opinion and he is entitled to it,” he said.