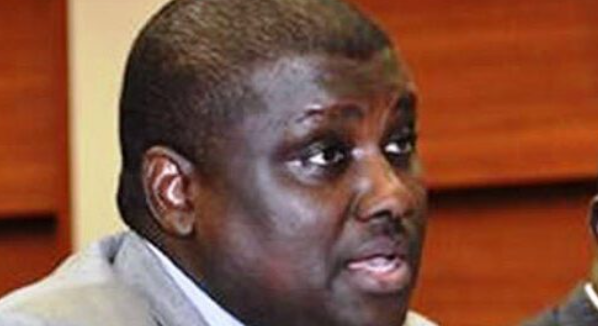 A former chairman of the now-defunct Pension Reformed Task Team, Abdulrasheed Maina, has been sentenced by the Federal High Court in Abuja to eight years imprisonment.

According to information gathered by Becksblog.com.ng, that the former PenCom boss, was convicted after he was found guilty of money laundering.

In a judgement delivered on Monday, November 8 by Justice Okon Abang, the court held that the prosecutor, the Economic and Financial Crimes Commission (EFCC) has produced essential evidence through witnesses to prove beyond reasonable doubt that Maina is guilty of money laundering in the sum of N171,099,000.

TheCable reports, that Maina was also found guilty of concealing his true identity as a signatory to accounts opened in two banks – UBA and Fidelity bank – by using the identity of his family members without their knowledge.

These accounts had cash deposits of N300million, N500million, and N1.5billion

The court held that Maina stole monies meant for pensioners as he could not prove where he got them from.

The court also found Maina guilty for the purchase of a property in Abuja paid in cash in the sum of $1.4million, which is above the statutory threshold of N5million and without passing through a financial institution, describing it as a criminal offense.