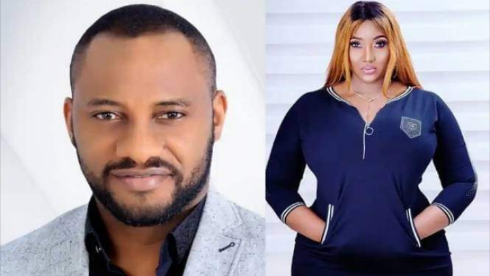 Nollywood actor, Yul Edochie seemed to have suddenly gone from being one of Nigeria’s favourite to the least favourite following his recent revelation.

Recall the movie star set social media abuzz after he took to his Instagram page on Wednesday, 27th April, to unveil his colleague, actress Judy Austin as his second wife.

He also shared photos of their son, Star Dike.

Following his revelation, angry Nigerians stormed his comment section to drop a piece of their minds, which as predicted, wasn’t friendly.

The actor who had once indicated interest to run for president in the upcoming election seemed to have lost the support of his fans as they vowed not to vote for him again following his show of indiscipline and lack of principles.

He was labelled all sorts of unprintable names including “a disappointment”.

“Future president in the mud that can’t control himself, na Nigeria you wan control”, an IG user slammed at him.