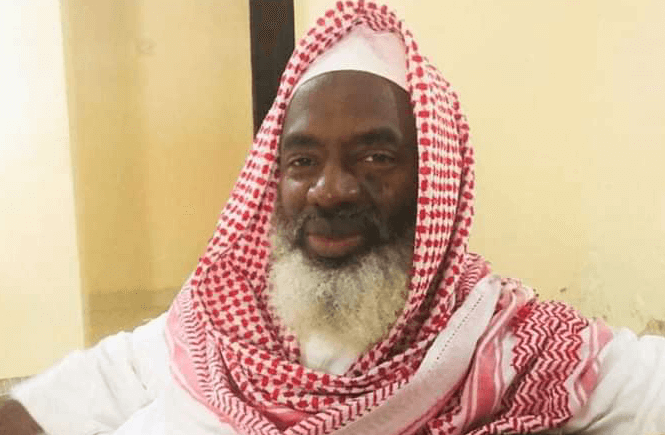 A popular Nigerian Islamic cleric, Sheikh Abubakar Gumi, has said there are about 100,000 armed bandits in the North-West alone.

Gumi said the bandits kidnapping school pupils were disappointed that he negotiated with them without the involvement of the Federal Government.

The cleric insisted that until the government engaged with the herdsmen, no school could be safe.

He stated these during an interview with The PUNCH on efforts to rescue the kidnapped pupils of Tegina Islamic School, Niger State.

The bandits had demanded N200m from the victims’ parents, which was later reduced to N150m. Gumi said despite efforts to get the pupils out, the bandits were adamant in their financial demand.

He said, “But we are trying to talk sense to them that these are just innocent schoolchildren. We don’t even have any idea of the condition of the children. We are just saying these are young children trying to study and they did nothing, so why are you trying to take dirty money from their families?

“This (kidnap of Islamic pupils) actually proves to the nation that the bandits are not really indoctrinated, they are just looking for money and I think that this is a good prognosis. They are not targeting a religion; they are not ideologues, which are difficult to deal with. We should not forget that they are not educated, formally or informally. They are just going about with cattle, and suddenly they found a lucrative way of finding money.

“But with good engagement, education and enticements like jobs and other things, they will leave this work. But we need a partner and we need the government to understand. Individuals like me alone cannot do it.

“All those we met (have stopped kidnapping), except for one of them who is kidnapping again, and he told us his reason, that he was neglected and he thought we had the mandate to negotiate. But when he realised that we did not have the mandate from anybody, he said he was going back to his business.

“So, the earlier we go into engaging them, the better. The ones who have agreed to lay down arms, you can engineer them to take care of the rest.”

Gumi said the Niger State Government had been making efforts to get the children released, adding that the state had limited resources.

He insisted that the government could not protect schools without first finding means to end banditry in the country.

“To secure schools, why not engage the bandits. Engage them; they are not many. You can count them with your fingers. How can you guard schools? It is not possible. In the whole North-West, they may not be more than 100,000 bandits. And that is just a drop in the ocean. That is talking about those with weapons; because not all of them have weapons. Ninety per cent of those who have weapons use them to protect themselves against cattle rustlers. They are victims too. Aerial bombardments will only worsen the situation because when you start killing their children, you remember they also have our children,” he added.