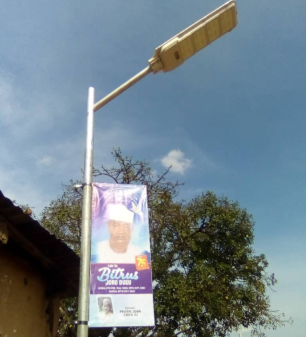 This is the first time Bakin Kogi is witnessing such people-oriented project by an individual.

Pharm. Chun John fondly called “CJ” hinted that what informed the intervention which he personally undertook and funded was in appreciation of the immense contributions of the deceased, Da Bitrus Joro to the unity, peace, prosperity and development of the area and Chwelnyap Jos North LGA.

According to him, the deceased deserve even more but the intervention he said was his way of demonstrating his gratitude to the deceased who lived a humble, consistent, industrious, upright, purposeful and modest life serving human and the society.

“The deceased was a man of his words, he is a sincere and honest person who mentored many of us to the path of success, prosperity and on human relations”

He disclosed that he had good personal relationship with the deceased while he was alive and he learnt a lot from him.
He said no honour or project can equate the benefits he acquired morally and spiritually through the tutelage of the deceased.

He further added that the deceased raised godly and responsible children who are professionals in various disciplines and are making the Nation proud.

He called on his children to emulate the good virtues their father while alive and ensure they carry on with the good legacy he left.