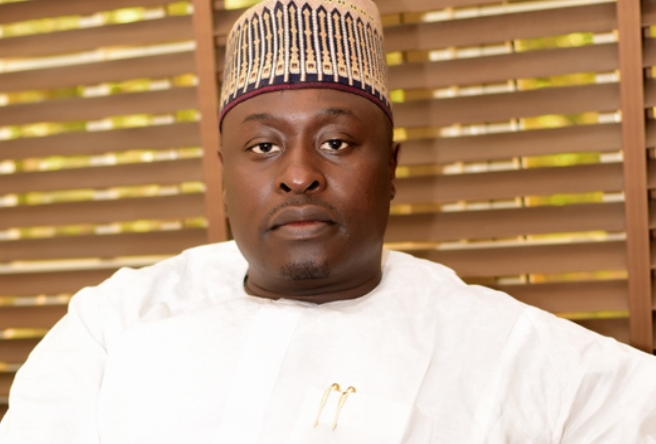 I’ve over the past few weeks seen people of multiple shades of intents, interests and purposes flood the social media space with graphic impressions of who they think will best complete the APC gubernatorial ticket currently held by Dr. Nentawe Yilwatda Goshwe. Some merely share flyers that carry the images of the flagbearer and that of another party man or woman while others go a step further to pen justifications for their choices. This is fair and if democracy is about freedom then this is to be encouraged.

However, the concept and practice of democracy runs deeper than mere manipulations of images and conjectures, it is a data driven craft hinged on realistic permutations, connection with the populace, sellability through a strong political “credit” rating among other requirements.

While the APC as a party and it’s reputable candidate Dr. Nentawe are working to come up with a credible Plateau person to balance the gubernatorial ticket, I am self-compelled to throw in a name and see if the party, it’s candidate and other stakeholders will align their thoughts with mine in this respect.

Pam Bot-Mang: This man has displayed a very deep understanding of governance and backed it with an even richer approach to leadership. He has been able to seamlessly transit from private practice to public office and this lends credence to the quality of his persona. Pam Bot-Mang is someone who has steadily and effortlessly spearheaded the visible change of fortunes of the APC in his native Jos South as attested by the readiness of majority of all structures of the APC (Elders, Women, Youths, Elected Councillors, Party Executive at the Local Government and various electoral Wards and other critical stakeholders) to be guided by his progressive ideas as a party man and their worthy son, he has provided (and still providing) the needed leadership at the Ministry he superintends over, while at the same time been a quality part of the State Executive Council. Bot-Mang’s unassuming demeanor stands him out as the unconventional politician; he is less talk and more work, against the conventional politician who is usually all talk and no work. He under promises and over delivers as can be seen in his performances within and without public office. The latest intervention where he recently provided a 300KVA transformer to power to a community comes to mind.

While the days turn to hours and the count down continues on Dr. Nentawe before he announces his running mate, I strongly recommend that he gives Bot-Mang a strong consideration since he checks all the major boxes a Deputy Governor should check. Here, I’m not just talking about the denominational balance and thus renew the COCIN/Catholic argument but also the need to pursue a course that will lead the APC to easier victory if it intelligently puts it’s energy to work. No one will deny the numerical strength of Bot-Mang’s local District and Local Government neither will any one fail to see his cult-like mass appeal with his people, which is a reflection of his past antecedents (both in private and public enterprises), trust worthiness to do as he says (even when it is evident he has done more than he has said), humility (ability to deemphasize self for the greater good of the team and system), staunch loyalty (to God and land) and prospects that look brighter than realities of the past (he is relatively young, visibly agile and thus able to do even better going forward).

I’m not unmindful of the questions around the (in)appropriateness of another Bot-Mang being considered for the Deputy Governorship of Plateau State. For crying out loud, Bot-Mang 1 served the State meritoriously and died a hero of democracy and here we have Bot-Mang 2 who has lived (and still living) the life of a champion of democracy and a community leader in his own rights.

For those who may want to make the circumstances of Pam Bot-Mang’s birth an issue and try to use it as a counter point to my submission, I’ll quickly remind such persons and my readers here that beyond politics, public life, commerce, entertainment and sundry callings of life, history is replete with instances where offsprings didn’t just follow in the footsteps of their forebears but went many steps ahead to equal or best the achievements of their parents. In pubic life for example, if the history of the Kennedy’s or Bush’s seems far flung since it is American, the Saraki’s, Yar’Adua’s or Lar’s should not sound as abstracts. In the three mentioned cases, the questions were never about the last names of the children but about their abilities to deliver.

In the case of the Saraki’s; both Bukola, Gbemisola and Laolu were Governor, Senator and Presidential Senior Special Assistant respectively at the same time. The three Saraki children held sway when their patriarch was alive and they carried out the mandates of their offices to the satisfaction of their electorate. If Bot-Mang 2 had not worked his sleeves and earned the right to be appointed an Honourable Commissioner (a function which he has so far performed excellently well) despite the last name he bears, I would have not taken this path of making a case for him, but in truth, the young man has been tireless in his bid to create positive impact in the lives of all shades of people and if his last name can’t be used to propel him to further greatness, his last name should kindly not be mischievously used to deny the people of Plateau State the gift of such a leader as their Deputy Governor.

Pam Bot-Mang is properly educated for the position, a well travelled business man, highly experienced public policy formulator and executioner, easily connects with his base in Jos South and the State entirely, comes with numerical value from “Place, Pulpit, Pact” to the APC table, a network that can be relied upon to open more doors in the overall interest of the Plateau project.
With bated breath, the wait continues; for the glory of God and the good of the Plateau State; I hope Dr. Nentawe goes with Pam Bot-Mang.

Roboson Stephen is a Lecturer and Public Policy Analyst