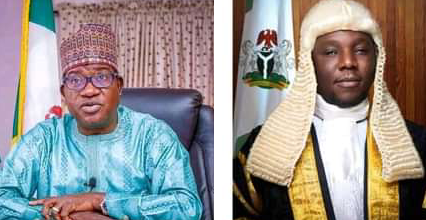 The speaker who disclosed this to newsmen on Wednesday in Jos, said that there was no plan by members of the Plateau State House of Assembly to impeach Gov Lalong, sighting constitutional provisions that prescribed processes to be followed in impeaching a Governor.

Abok told Journalists that the position of members of the Plateau State House of Assembly which demanded that the Governor visits attacked communities and provide relief materials among other sundry issues, was informed by the continuous killings and destruction of farms in the State. Stressing that Governor Simon Lalong has already began implementing some.