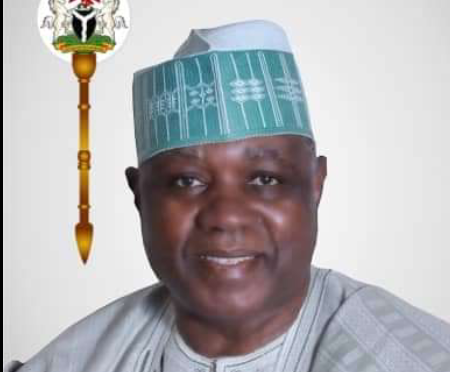 It is for a fact that Sen. Hezekiah Dimka has failed the people of Plateau Central Senatorial district and by extension, the Ngas nation. That he cannot maintain and pay the salaries of his aides, is an act of irresponsibility.

He (Hezekiah) also sheepishly voted against the Electronic Transmission of results in the just concluded Electoral Amendment Bill by the Senate Chambers; in whose interest did he vote? His Party?, his constituents’ or Himself? – of course for himself- because no wonder, there is no way he will support electronic transmission of results as against the dirty process that made him a senator rather protecting such dirty process of the massive rigging that took place during his election in Kanam local government- he should have shot himself on the foot if he had voted otherwise.

No wonder, he (Hezekiah) is trying to spoil the chances of Ngas candidature within APC for the contest of governorship come 2023 primaries; the senate seat that he is representing, which he has failed woefully just in two and half years, as he is always on his way to Gombe as if it’s the Gombe people that has voted for him- also we don’t get to see him representing the interest of the Majority of the Plateau Central Senatorial district, let alone thinking of the governorship ticket, if not to play the spoiler game.

As the highest political office holder within the Ngas nation for now and representing the good people of Plateau Central Senatorial District, he is suppose to be a rallying point to which he will create a platform for dialogue which, it’s a good call, but that may not be possible; as he (Hezekiah Dimka) is playing to the galleries of some of his political gladiators –that are bend on ensuring Ngas man did not clinch the governorship ticket within the APC, so that he will settle for the slot of the senate seat again.

It is not gain saying, that he who is irresponsible in carrying out his legislative duties, rather availing himself to be use as a tool in the hands of those trying to cause mischief and division amongst the Ngas brothers to gain advantage for their selfish political calculations of the “Minority Agenda” that they are trying to perpetrate on the Plateau.

It’s a shame that Sen. Hezekiah is a willing tool to be used, as he has said has mentioned in some quarters that “even if he will not win, let no Ngas Aspirant win” what a pity!

We want to use this medium to call on all well-meaning Ngas elders and those that have the interest of Ngas at heart, to please call Senator Hezekiah Dimka to order; as his actions and plans are tantamount to creating serious rift and division within the Ngas nation that our generation and that of our children and grandchildren will not forgive.