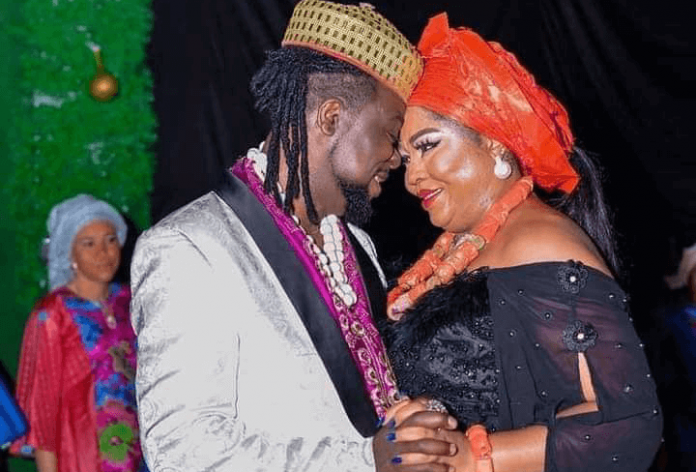 Nigerians reacted to the viral pictures of Actress Regina Daniels’ mum, Rita Daniels for tying the knot with her younger lover.

The Rita Daniels who is also an actress, gave out her daughter, Regina, to billionaire Ned Nwoko, was said to have did the wedding in secret.

Information gathered by Becksblog.com.ng, that her daughter, Regina Daniels, was angry with the decision the mother took by marrying a younger man, so she refused to attend the wedding.

The alleged traditional wedding, was said to have occurred over the weekend in Delta State.

@amy_nic27 wrote: Twist of life… her daughter is married to an older man and she’s getting married to a younger man..

@pinkypearl6 wrote: Lolz they did exchange young for old 😂congrats to her.

@thickdidi wrote: She gave her daughter the old one and took young one