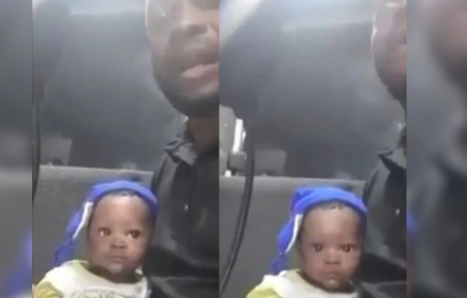 In another shocking story, a mother was said to have ‘forgot’ her baby after she dropped from a commercial bus in Imo state.

According to report, all efforts are being made to find the child’s mother, but to no avail.

The driver, on his own part, said he picked up passengers from Ogbaku to Owerri, but on getting to Owerri, after every passenger alighted, the baby was left in his vehicle.

In a video shared by LIB, that the bus driver took the baby to a media station to make an announcement so that the mother or anyone who knows the baby can pick the child up.