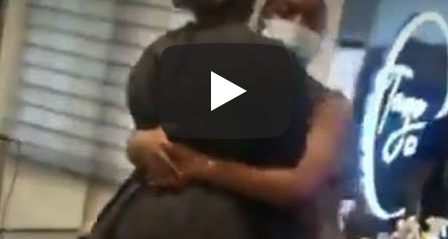 A video is currently going viral on the internet where two female Nigerian celebrities, Tiwa Savage and Seyi Shey, were caught fighting dirty in a salon.

According to a video shared by a Nigerian blogger, Tunde Ednut, said Seyi walked up to Tiwa Savage to greet her, but the African Bad Gyal noted that she hasn’t forgotten all the bad things said about her by Seyi and Victoria Kimani.

Seyi shared her part, initially insisted on keeping her cool and not ready to create a scene there, however the exchange quickly escalated and they started insulting each other.

It all happened just now. Seyi Shay walked up to Tiwa to say hi and Tiwa wasn’t having it after all the insults she (Tiwa) has received from Seyi Shay and Victoria Kimani over the years.

Tiwa says to her “Don’t say hi to me ever. Let sleeping Dogs lie. Shey you blocked me on Instagram, block me in real life too. We are not friends”

Watch the shocking video below;