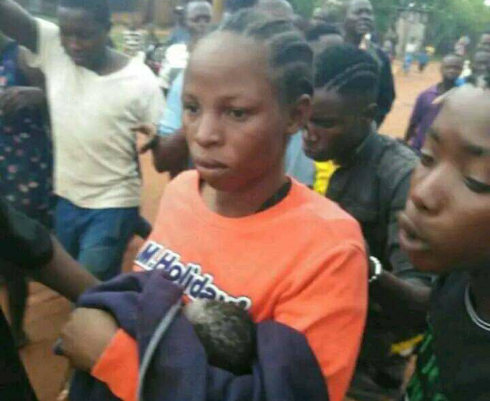 The lady who was simply identified as kezia, resides at Trade Centre, Kuru area of Jos South.

According to a Facebook user identified Jojo Rikki Pj who contacted Becksblog.com.ng, said she gave birth to a baby boy and decided to killed the child in her room on Wednesday, May 11 at about 4pm.

However, when she was going to bury the innocent child beside a mountain where some young men gather to smoke, unluckily for her, she was sighted and was later taken to the police station very close to where she wanted to buried the child.

It was also reported, that this is the second time she’s committing such act as she did same last year.