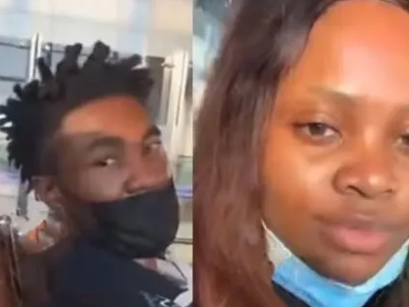 BBNaija star, Tega, has been under attack for referring to Boma as her bestie in a new video.

The two were recently spotted chilling together while they were at the airport waiting to board their flight to Dubai.

While they were in the lobby, Tega recorded them waiting and said; ”Hey Bestie”, but the actor had a look of confusion on his face as he did not understand what was going on.