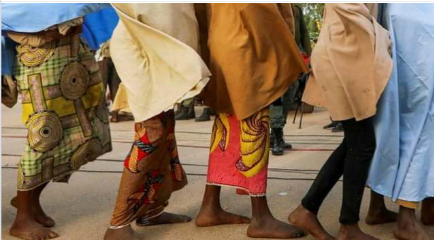 Information reaching Becksblog.com.ng, that some students affected in the multiple attacks on schools last year, have been impregnated.

Recall that last year was one of the worst in the attacks on schools.

According to UNICEF report, a total of 1,440 students were abducted across 25 Nigerian schools in 2021.

Weeks after the incident, the bandits contacted the students’ parents, saying their daughters had been married off.

Some of the parents said the kidnappers sent them footage showing that their daughters were already married.

However, sources told Daily Trust that about 13 of the female students were married off to bandits, with some of them already pregnant.

The girls were said to be given out to bandits and a few interested persons living in villages around areas controlled by Gide, along the boundary between Niger and Zamfara states.

A source, who had participated in past talks to release the students, told our reporter that three more schoolgirls were released to their parents in mid-January, with all of them coming back pregnant.

“Eleven are there now; 10 girls who are married and one boy. The three he released to their parents in January came back pregnant,” said the source who craved for anonymity due to the sensitivity of the issue.